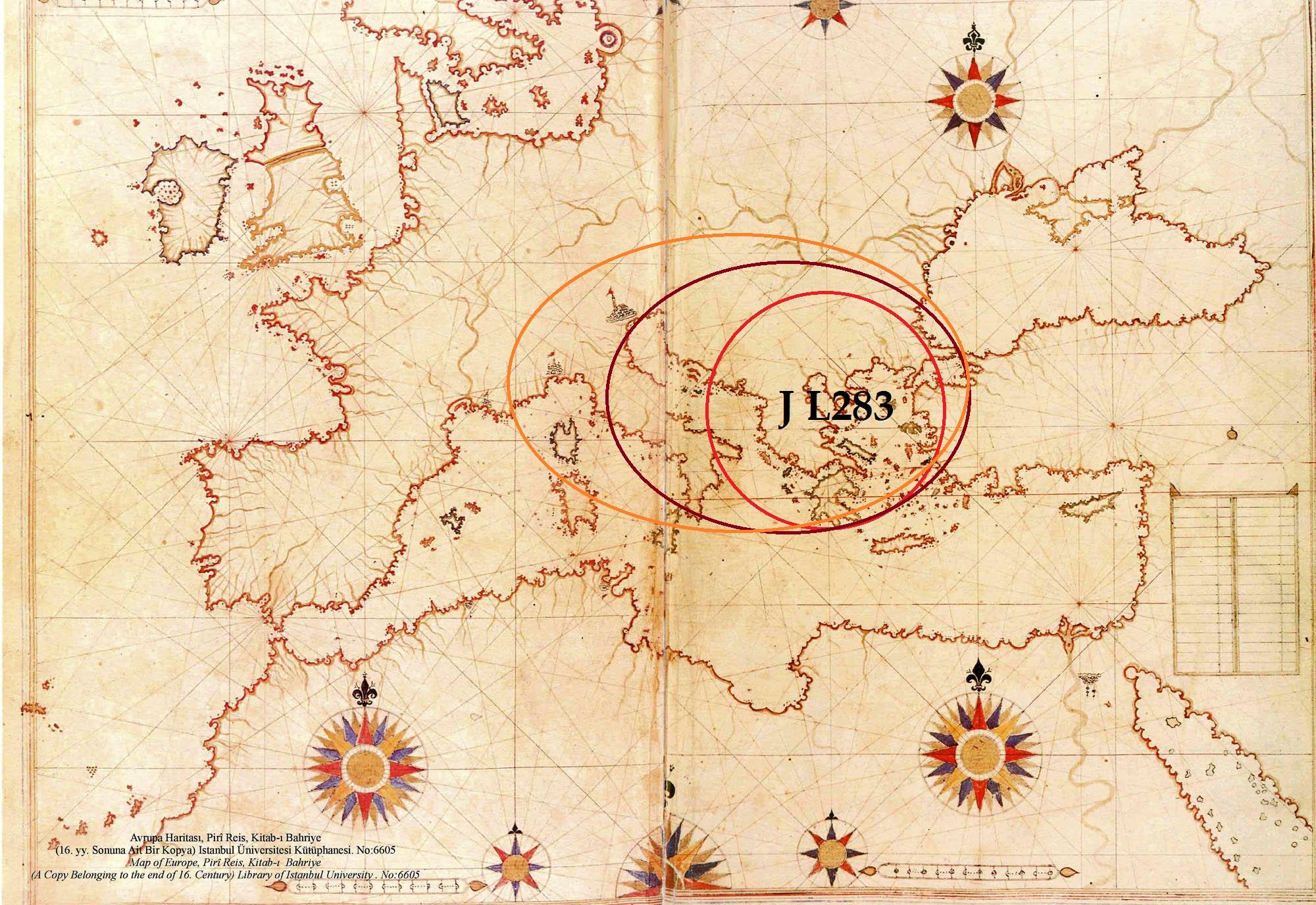 To my brother, Javier.

Special thanks to Joseph Falguera, for his kind support and invaluable collaboration.

“Science is constructed out of approximations that gradually approach the truth”

The ‘Y’ haplogroup of Javier is the J-Z505; it is a subclade of haplogroup J2. Let’s know a little history about the lineage ‘Y’, which is a paternal lineage passed down from father to son without interruption.

We find a haplogroup that is distributed throughout the Middle East, Caucasus, Anatolia, Italy, across the Mediterranean, including Greece, Albania, Spain and the Iranian plateau.

According to all the evidence, this haplogroup J2 (J-M172) appears somewhere in the Middle East, about the end of the last glaciation between 15000 and 22000 years. The oldest dating of this haplogroup is found 9000 years ago in northern Iran and Georgia ca. 7900.

The current distribution of this haplogroup indicates that in the Neolithic it got dispersed by the Zagros Mountains and northern Mesopotamia through Iran to the south and central Asia and across the Caucasus to Russia, this first expansion is associated with diffusion and domestication of cattle and goats made between 8000 and 9000 years. A second expansion of this haplogroup we can associate with is metallurgy.

This paternal lineage is associated with the Kura-Araxes culture, which was spread across the Caucasus into northern Mesopotamia and the Levant. Later, haplogroup J2 was spread by Anatolia and the eastern Mediterranean with the first civilizations.

A significant number of civilizations in the Mediterranean and the Middle East grew in territories where the haplogroup J2 was abundant. Among these we find the Hittites, the Hurrians, Etruscans, Minoans, Greeks, Phoenicians and their descendants the Carthaginians, Israelites and to a lesser extent the Romans, the major seafaring civilizations of the Bronze Age and Iron were dominated by men J2.

Phoenician Footprints in the Mediterranean region

The highest frequency of J2 can be found today in Ingushetia with 88% of the population, and in Chechnya with 56%. These two populations belong to the Nakh ethnic group.

J2 or J-M172 haplogroup, is divided into two main branches about 27,800 years ago, the J-M102 the one Javier belongs to, and the J-M410 which is the other major branch of the family tree. According to some studies this lineage J-M102, appears in north Ossetia, Georgia. From this tree, new branches appear and we see that 13800 years ago another mutation, that is the J-M241, from which two new groups appear, one that settles in India J-Z4444 and the other one from which Javier descends, that is also the one that has a higher frequency in Europe: the J-L283.

Javier’s haplogroup is highlighted in the red box.

According to the available evidence, the L283 lineages expanded at some point over 5200 years ago, while Asian lineages did it some 7100 years ago: this puts us in the phylogenetic tree in a period of about 4000 years in which these lines were split and wherein the L283 lineages expanded into the Balkans. This haplogroup, also known as J2b2, has a strong association with Neolithic and Chalcolithic cultures of southeastern Europe. This is present in eastern Anatolia and western Iran, and in the Volga-Ural region. There is a sample of haplogroup J2b, which is the oldest known so far with about 10000 years old, comes from Tepe Abdul Hosein, west of Iran. This is one of the greatest evidence proving that this haplogroup actually originated in the Zagros mountains.

A majority of the lineage J2b, is the J2b2 and its subclades as is the case of Javier, this lineage is distributed throughout Europe, Caspian steppe, Central and South Asia, especially in India. Although this lineage J2b2 formed about 14000 years ago, most of this European lineage belong to the L283 branch (J2b2a1), that lineage was spread through the Pontic-Caspian steppe in the Neolithic or Chalcolithic, across the Caucasus from western Iran; later it was spread to the Volga-Ural region, where it was absorbed by R1a-Z93 lineages in the early Bronze Age. It is a minor lineage within the hegemonic populations R1a-Z93, swept through the Volga-Ural region to Central Asia and south Indo-Aryan invasions over 4,000 years ago. Another lineage J2b2-L283 could have finished in the Balkans during a series of invasions until the Middle Ages.

The J2b1, J2b2 and L283, lineages are frequently found in Greece and in the regions that used to be part of the ancient Greek world (Ionia and Magna Grecia), but these do not appear in Crete where are dominant J2a1 lineages, nor are between Anatolians Neolithic or European farmers, as well as in central Anatolia. This makes us think that J2b is not related to the Neolithic Greeks nor the Minoan civilization, but it could have reached Mycenaean Greece. Therefore, it could be that both the Illyrians and the Mycenaean may descend from emigrants from the steppe that went to Southeast Europe, in a very extensive migration of lineages J2b of the Middle Volga; we must consider that haplogroups J2b2 and L283 are considered as the branch of Europe’s oldest lineage J2; they also represent in Albania between 15% and 23% of its population; it is believed that at some point in the Neolithic, a group of people migrated to the Balkans and later in the Late Neolithic this group of people were spread across Europe in different migrations from the Chalcolithic. There is a hypothesis that this haplogroup could spread to the British Isles and the rest of Europe by Roman soldiers recruited in the Balkans.

About 5600 years ago there was a new mutation of the L283, where J-Z600 appears some 4400 years ago, along with other subclades of this lineage as Z597, Z615 and Z628 or Z2505 (the one that Javier belongs to). By coincidences we have found the closest one to Javier in ‘Yfull’, with a person in Lebanon; and in ‘Y DNA Matches’ appears another person also of Lebanese origin, named Semma Basil, with a genetic distance of 6. According to ‘Big Y’ there are matches with people from various nations, but the closest one with A.A Ataya: this person appears as of Druze origin, a religious minority settled in Syria, Lebanon, Jordan and Israel. There are also matches in Sweden, Poland, Italy and Bulgaria, all within what you would expect come from areas where there is a certain amount of people in this haplogroup.

At the moment we cannot be sure about the real origin of the closest ancestors of Javier.  We know that 4400 years ago he has a match in Lebanon; as it is known, since ancient times, the Phoenicians colonized the whole Mediterranean from the Middle East to what is now Spain, settling colonies in all coasts, the same way as the Greeks stablished colonies in southern Italy, especially in Sicily, Spain and France. Later, the Carthaginians, descendants of the Phoenicians, settled in Carthage (Tunisia) and founded what is Cartago Nova (now Cartagena in present Spain), spreading throughout the Levante. We cannot rule out a Sephardi origin, which does not exclude any other options, but what is very clear is that the J2 lineages are closely linked with the expansion of Mediterranean civilization.

Chalcolithic : Period of history between the Neolithic and Bronze Age, characterized by the use of copper tools and weapons.

Clade:  (from the Greek κλάδος [ clades ], “branch”) is the name given in biology to each of the branches obtained after making a single cut in the phylogenetic tree.

Haplogroup: it is, in the study of molecular evolution, a large group of haplotypes, which are series of alleles at specific locations on a chromosome.

Kura-Araxes : Also called early Transcaucasus culture, was a civilization between 3400 and 2000 BC, along the Transcaucasian culture that was spread around the territories that today are the Northwest and the South Caucasus, northwestern Iran and eastern Turkey and Syria. The name of this culture derives from the valleys of the Kua and Araxes rivers.

Mesolithic: Period following the Paleolithic and prior to the Neolithic, is in this period where the first forms of agriculture and livestock arise.

Mycenaean: This is a pre-Hellenic civilization of the end of the Bronze Age, its name comes from the village of Mycenae in the Peloponnese.

Minoan: This is the second European culture of the age of copper and bronze, this culture is on the island of Crete between 2700 and 1450 BC.

Nakh: A family of languages especially in some areas of Chechnya, Ingushetia and Georgia.

Neolithic: In this historical period following the Mesolithic and precedes the era of metals, it is characterized by the development of the productive economy, the implementation of agriculture and livestock. By this time the population is becoming sedentary and are the first villages.

Wikipedia and Library of Istanbul University. N0:6605. Descripción: a late 16th century copy of the 1525 Kitab-Bahriye (Book of Navigation) by Piri Reís.

Y-DNA haplogroups in populations of Europe

‘Y’ Haplogroups of the world

Genetics is a developing science therefore subject to editing.

This site uses Akismet to reduce spam. Learn how your comment data is processed. 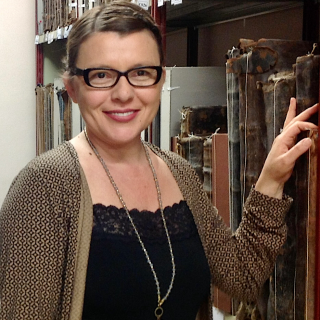